THE CLIENT
MEOW WOLF, an eclectic arts and entertainment collective who were launching a new live-streamed video game tournament.

THE BRIEF
MEOW WOLF asked us to create a complete graphics package to be used for their first annual 'Score Wars' live-streaming video game tournament. The tournament brought together the best players of nostalgic favorite Galaga. First created in 1981, it is considered to be one of the greatest video games ever created. For an epic four days, the best Galaga players on the planet engaged in competitions to smash world records and ultimately crown a new champion. A package of graphics was needed that could create a cohesive experience and generate excitement throughout the tournament. This would be used throughout the show and later as an editor's tool kit.

THE INSPIRATION
Creating something that would capture the brand elements of both MEOW WOLF and Galaga was important for this project. Because Galaga was created during the height of arcade games we decided to develop imagery that was heavily influenced by the early 1980s. Although this would be specifically stylized with this retro theme in mind, it was still important for us to keep it in-line with the MEOW WOLF brand to allow for consistency across media channels.

THE DELIVERY
To create something that felt authentic to the audience, we consulted with two of the biggest names in live-streaming video gameplay, XSplit and Twitch. Understanding how the imagery would be used was crucial to the design of the graphics. We included prominent imagery of the essential element of the tournament, the freestanding arcade game console. Opening with the 'player 1' screen on the machine was meant to evoke the feeling of anticipation just before the game starts. A lineup of arcade games was shown with one of them having a red joystick. The focus then stays on this single Galaga machine and is quickly accompanied by a flurry of well-known images and graphics that populate the game. The fast-paced scenes contain '80s era transitions and shapes to further develop the richness of stepping into this nostalgic world. In the end, we delivered a clever, multifunctional graphics package that helped legitimize the Score Wars tournament. 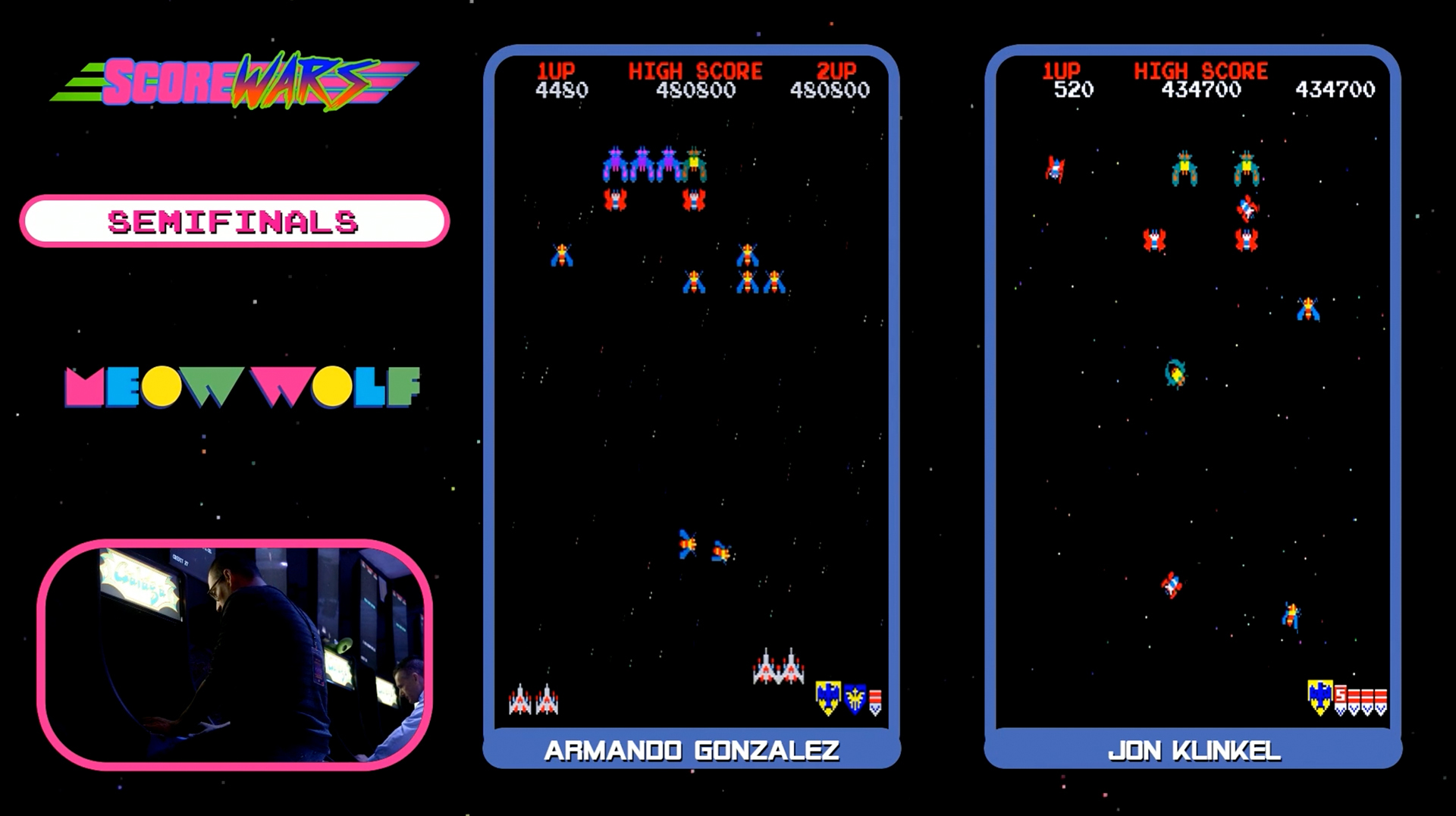